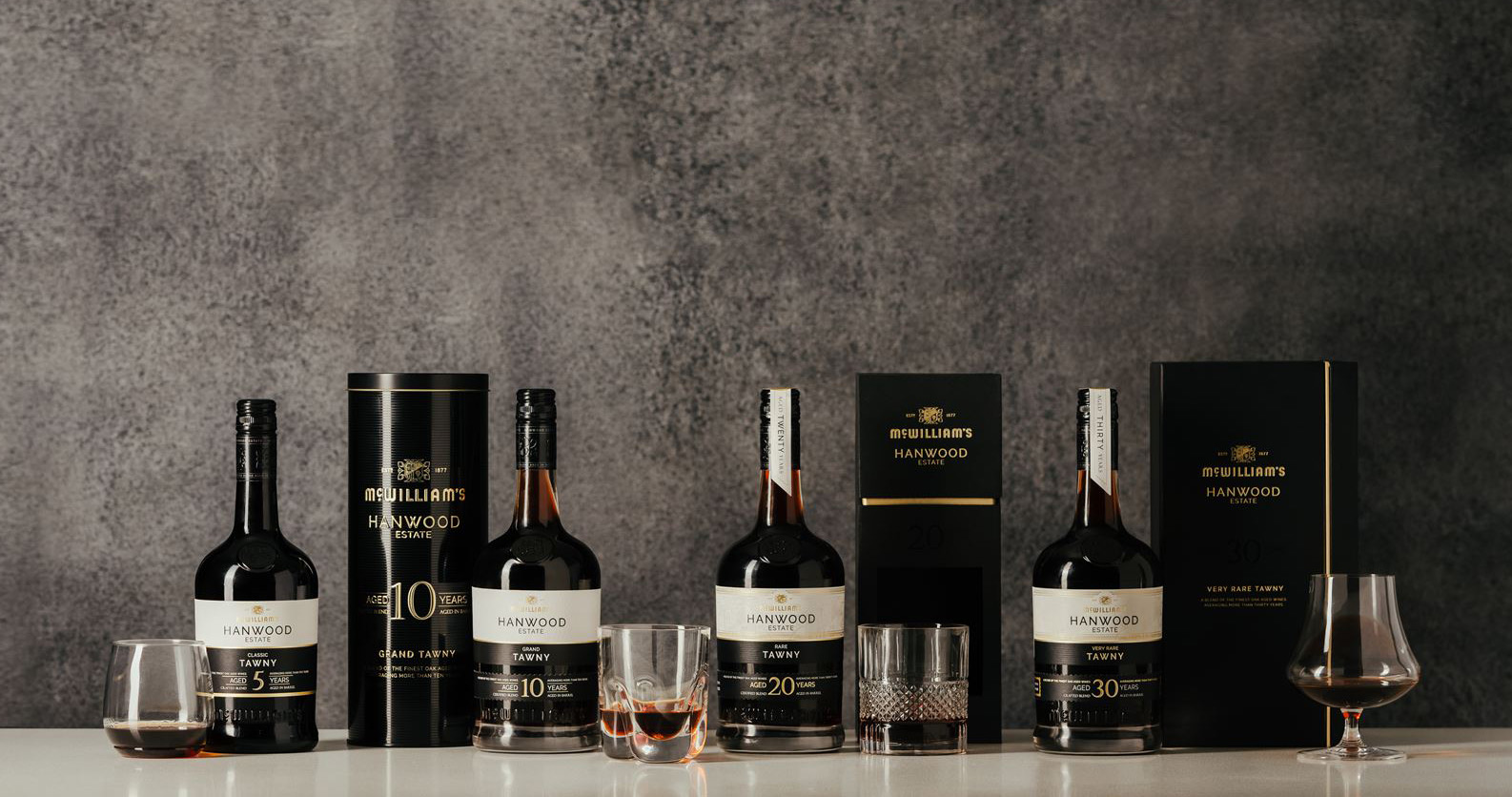 Since first establishing their vines in 1877, McWilliam’s have been celebrated as pioneers of Australia’s fortified wines. While  ever-changing tastes have seen fewer producers of premium Australian fortifieds over the years, McWilliam’s has continued on - working with carefully selected parcels of aged stock from the winery’s barrel collection for these new releases.

The new selection of specifically aged releases is a marked evolution of the winery’s past while demonstrating McWilliam’s position at the forefront of the fortified industry.

“There is over a century’s worth of history behind our fortified wines at our Hanwood Estate in the Riverina. It is our mission with these new releases to elevate the fortified space, as we’ve done since establishing the winery site in 1913,” McWilliam’s Wines sixth-generation Assistant Winemaker Mel McWilliam said.

“While our limited releases, like the Show Reserve selection, are highly acclaimed and demonstrate our ability to release rare, aged fortifieds, the new Hanwood Estate Tawny collection is an exciting step towards showcasing the diversity of Tawny across multiple lengths of barrel ageing.”

Russell Cody, Senior Winemaker at McWilliam’s, considers himself a ‘custodian’ of the fortified barrel collection at the Hanwood Winery - particularly with the 30-Year material which is considered Very Rare.

“There has been a resurgence in the last five years for fortified wines, especially as producers explore a broader range of styles versus what we were making 20 years ago,” Cody said.

“Our new selection of Aged Tawny is an exciting opportunity to experience this shift in style across multiple generations, with the Rare and Very Rare wines showing the big, full-flavoured Australian style while the Classic and Grand wines demonstrating a more modern, savoury style.

“These are magnificent, old wines - crafted to last. They will be a fantastic gift for someone to savour and enjoy a glass of Australian wine history.”

In addition to the new selection of aged releases, McWilliam’s has refreshed the look of the entire range, choosing a proprietary bottle featuring the classic McWilliam’s logo and elegant rich black design features. The outer packaging becomes more ornate as the wines increase in age, with distinct gift boxes for the Grand, Rare and Very Rare releases.

In addition to the new Tawny selection, McWilliam’s will be refreshing the entire Hanwood Estate range, with newly packaged and generously aged varieties of Muscat, Topaque, and Apera to be released later this year.

“This is the first step for McWilliam’s Wines to demonstrate the craftsmanship of premium aged fortified wines with new consumers. There are some exciting plans underway from bespoke tastings at the Hanwood Estate to other premium tasting events and experiences that we are looking forward to unveiling in the future,” Mel McWilliam said.

The new collection of Aged Tawny wines is available from June in select wine retailers and online at mcwilliams.com.au